One of the few stallions sired by his late sire, Ansata Nile Nadir, available to public stud.

Nadir Samar’s sire, Ansata Nile Nadir, was a direct son of Ansata Sinan (also sire of *Mishaal HP) and out of the Ansata Hejazi daughter,

Ansata Misty Nile. He passed away at an untimely death leaving behind just a handful of foals to carry on his legacy.

Nadir Samar’s dam, Zahara Keela, is a The Egyptian Prince daughter. Her dam line goes to the world reknown, Moniet El Nefous through *Hoyeda and Mouna.

To date, Samar has two beautiful fillies both owned by Hadaya Arabians. He has a chestnut filly out of Qadar Maariya and a grey filly out of Hadaya Silverette. 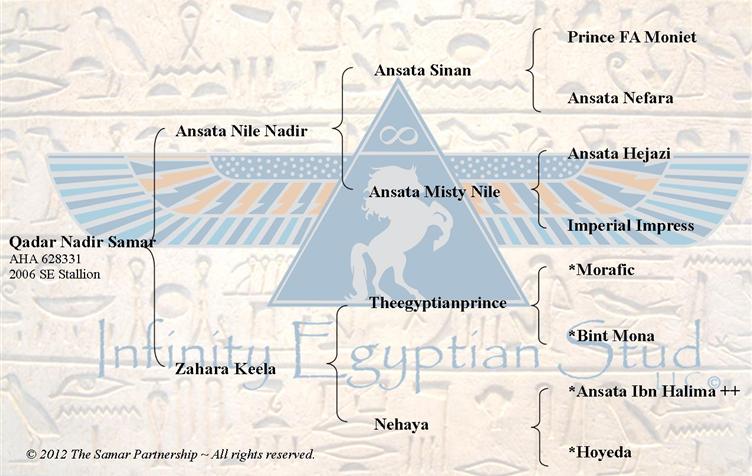